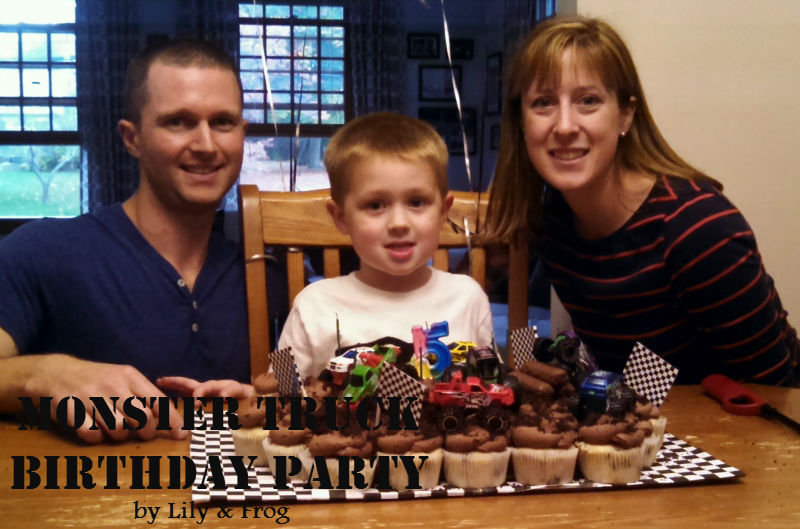 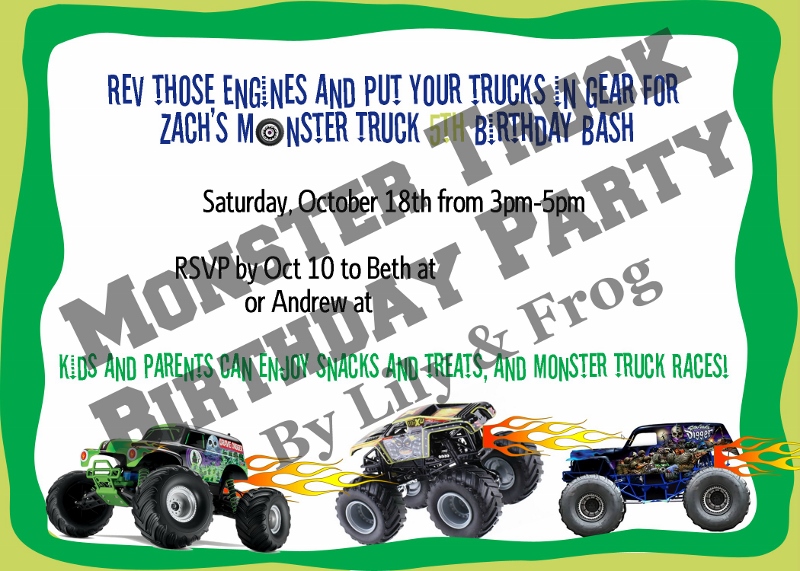 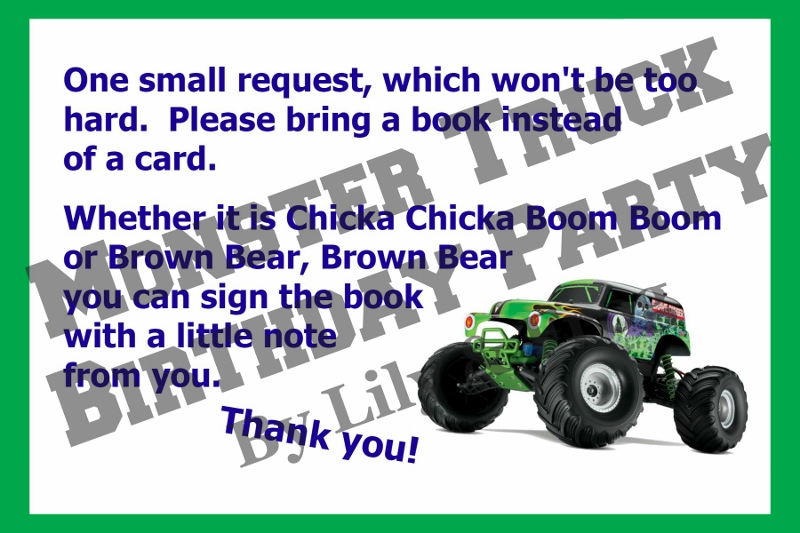 She also created "Thank You" tags for Zach's Cake Pop Party Favors...  I cut each of the below images out, poked a hole in the corner, and tied the ribbon around the stick. 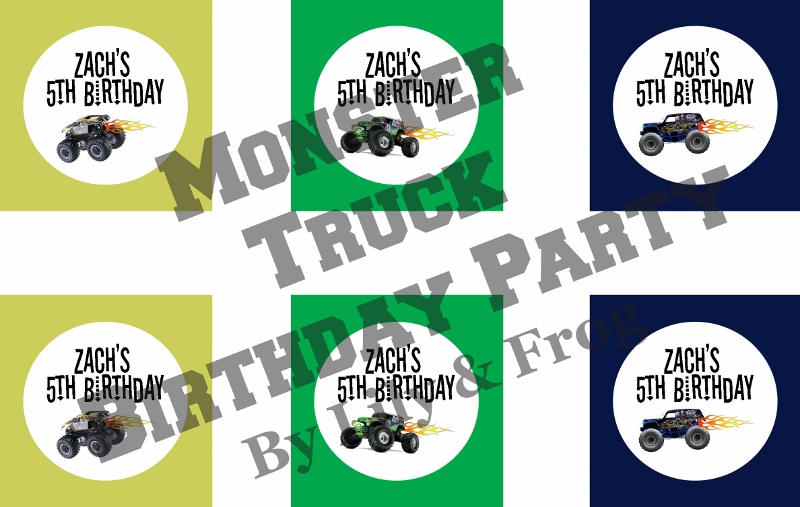 Monster Truck Decoration...  we borrowed a friend's giant, blue"Monster Truck" parked it in the driveway and let the kids take pictures in front of it, and hang out!  HUGE Success!! 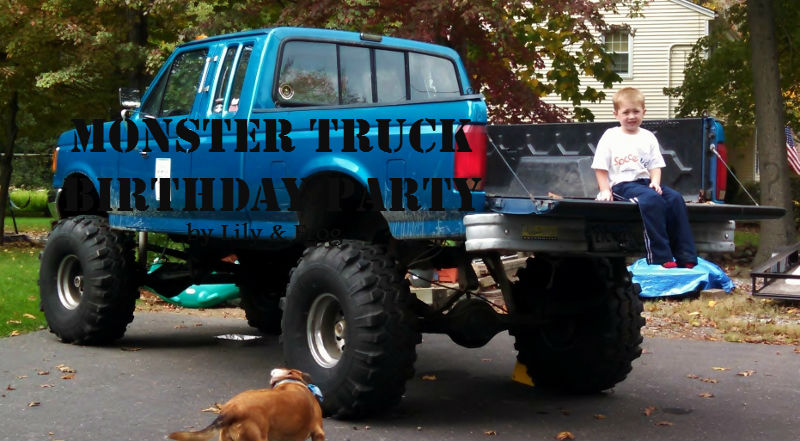 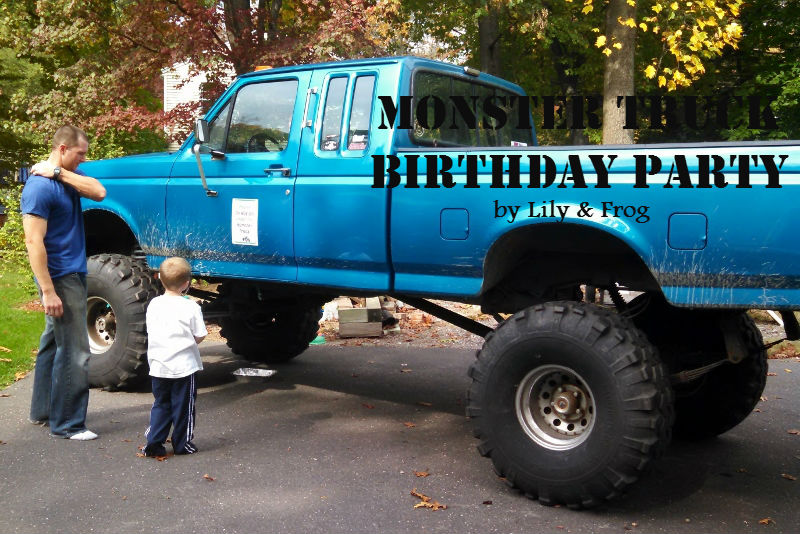 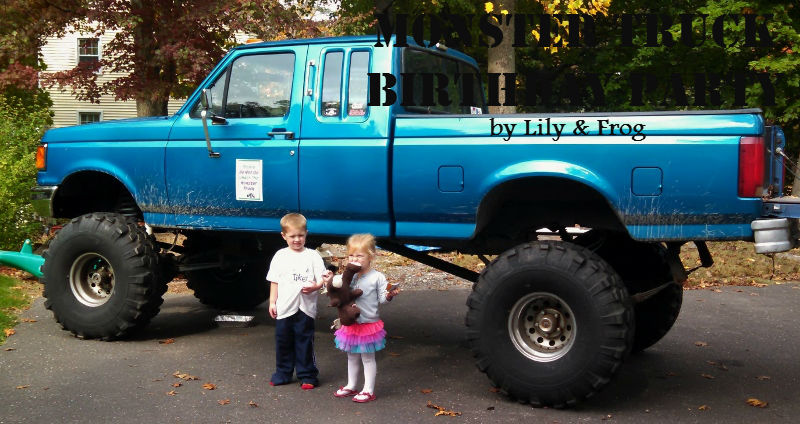 Party Game...  I was not too sure what games to create for Zach's Monster Truck Party.  For his Lightning McQueen Party I had created box cars for the kids to race around the driveway in.  This time around I was not interested in putting in the time it takes to create Monster Trucks from boxes again...  Plus I was fresh outta boxes, lol.  Instead we set up a Potato Sack Race for the kids...  another Mom WIN!  Using sidewalk chalk, I created 4 lanes for the kids to race in...  Then I let the kids make their own game from there.  They had a blast being in charge of their own game. 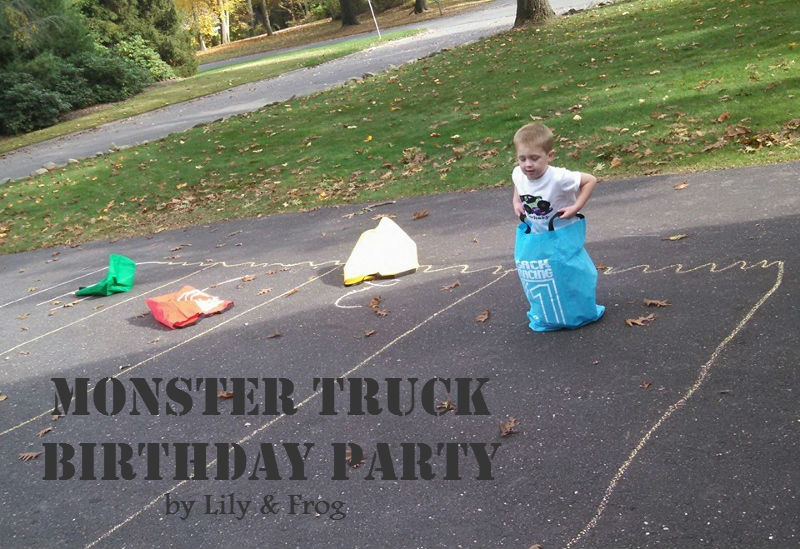 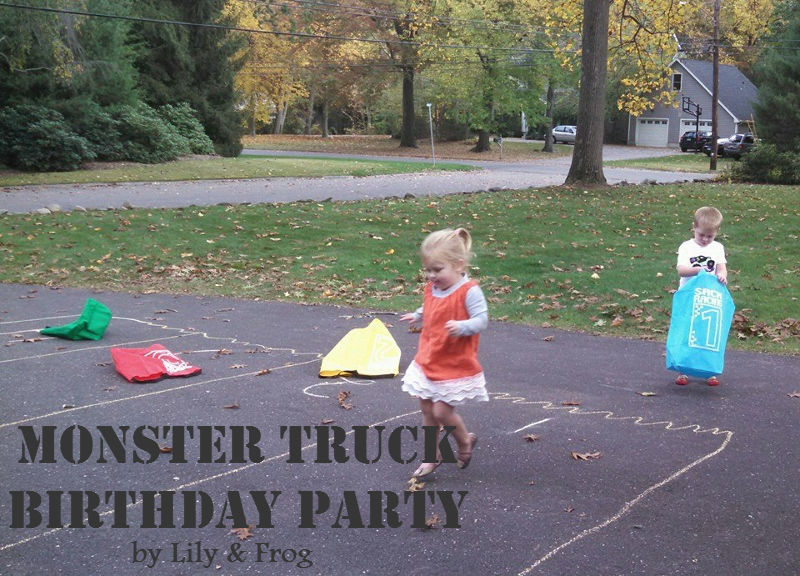 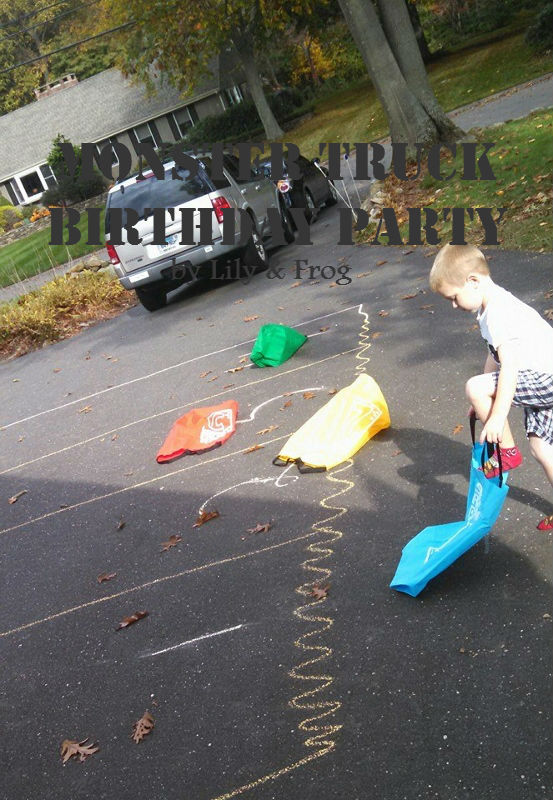 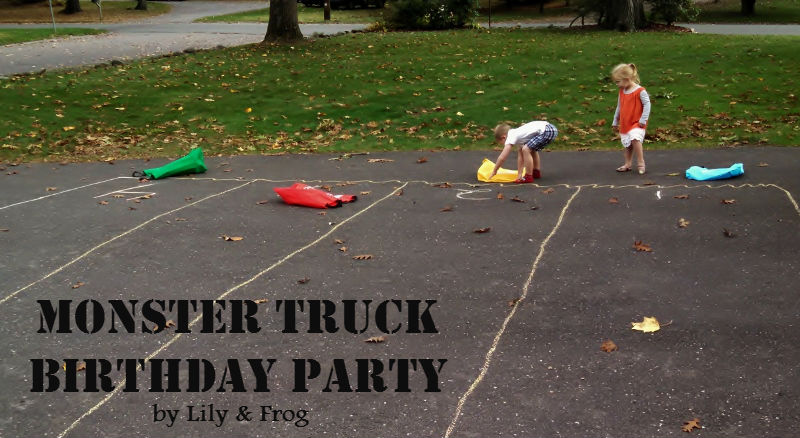