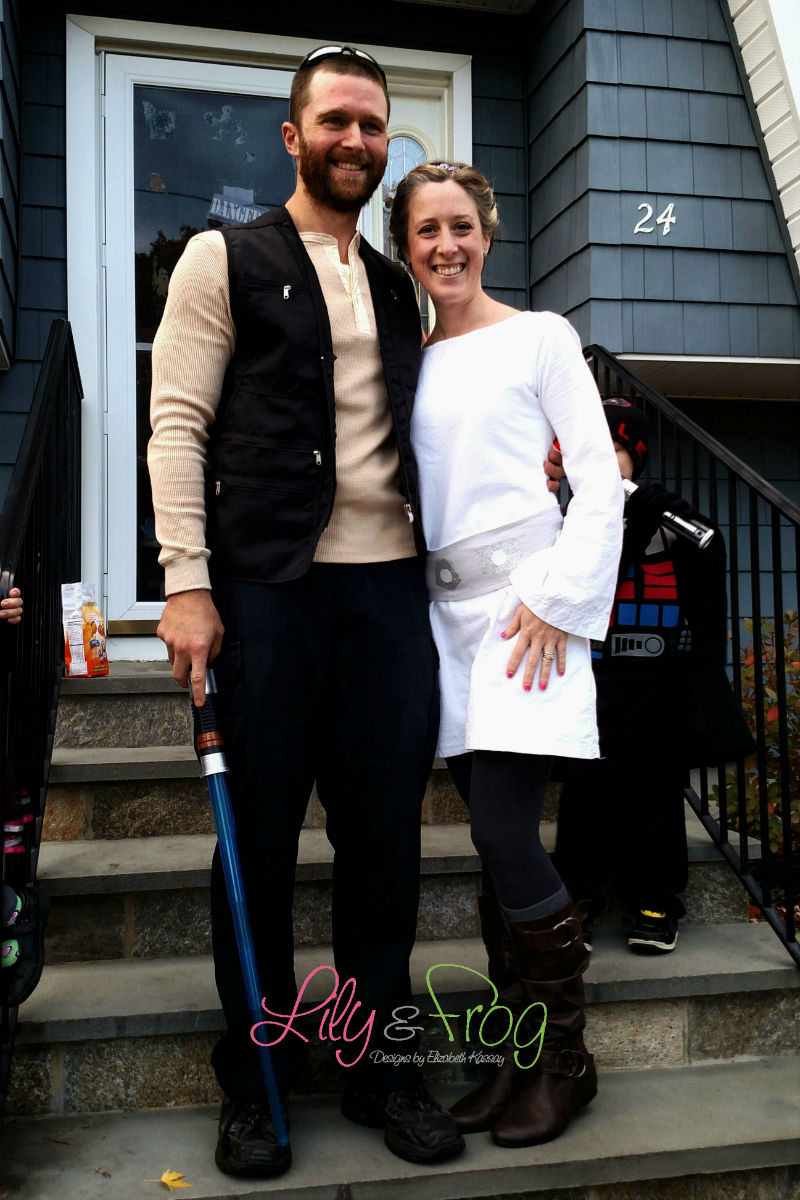 Do your kids (and Husband) LOVE Star Wars? Z & Lovely are obsessed!

For Halloween Z asked to be Darth Vader, which meant Lovely also wanted to be Darth Vader, I thought this was uber adorable, until Z decided there was NO WAY in God's green earth he was going to be the SAME costume as his little sister!  Which meant we were back to the drawing board... Until I decided to mix it up a little.  After convincing Z it was OK to have the SAME costume as his sister, I convinced Lovely we could doll up her costume with w little glitter, pink and tutus...  Who does not LOVE a Pink, Glittered Darth Vader?!?!

After the kids were assigned Darth Vader and Hot Pink Darth Vader, Hubby and I quickly decided a Hans Solo and Princess Leia costume were in store for us.  As a Side Note:  Many, Many of the costumes we have created are also available in a DIY Kit in our online shop at www.lilyandfrog.com.  Happy Halloween Shopping!

As a Side Note:  Many, Many of the costumes we have created are also available in a DIY Kit in our online shop at www.lilyandfrog.com.  Happy Halloween Shopping!

As a girl who knows virtually nothing about Star Wars (I needed to ask Z if it was Star War or Star Wars for these posts!), I placed Hubby's Han Solo Costume into his own hands.  I think he did a pretty good job!

I felt sewing and designing myself a vest, pants, and long sleeve shirt was a little above my paygrade.  I asked Hubby to research what he would like to wear for the costume.  He did not like the costumes made from the stores, so we decided to purchase the individual items of clothing and use what we had here.

1. Vest:  Andrew found this vest on Amazon.com and worked our pretty well for his needs for the costume, sometimes he even wears now when working in the yard

2. Long Sleeve Shirt:  Another Amazon.com purchase which Hubby really likes...  We did not really intend to purchase items for his costume, but it worked out well

3. Navy pants with red stripe down side:  I never even noticed there was a red stripe down the side of Han Solo's pants, but I also never really watched a Star Wars Movie before, lol.  Hubby decided to wear his Navy work pants and for-go the red stripe on pants.  We did not want to red electrical tap or anything else on his pants and risk ruining them.

4. Final items: Hubby wore his black work boots and carried one of the kid's light sabers for effect...  Yes, he was called out by EVERY KID he saw!  Never noticed Han Solo didn't use a light saber, he used a gun!  Did you ever notice that??  And his beard...  Han Solo does not have a beard, Hubby debated shaving his beard for Halloween, but we agrees it was not worth it for just one night.  He and I both really like his beard - the beard stayed! 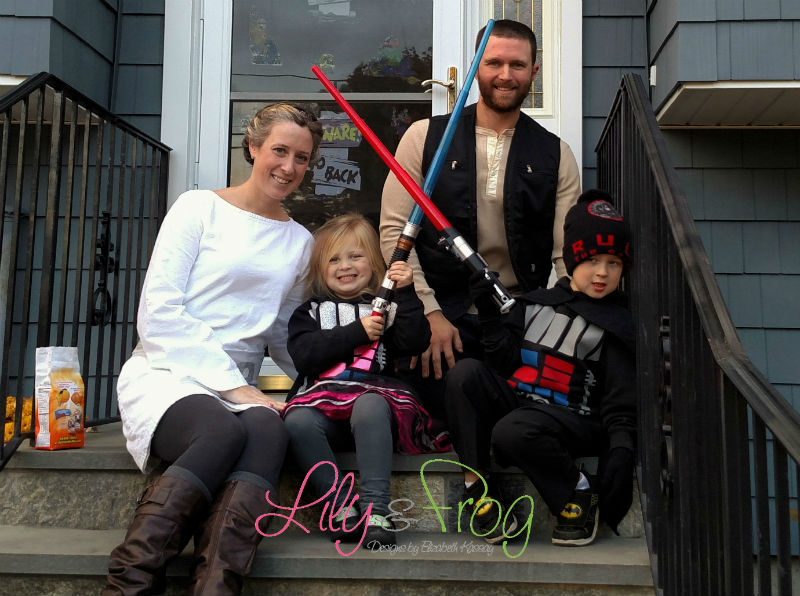 I L-O-V-E this costume…  We make one adorable Star Wars Family!

As a Side Note:  Many, Many of the costumes we have created are also available in a DIY Kit in our online shop at www.lilyandfrog.com.  Happy Halloween Shopping!